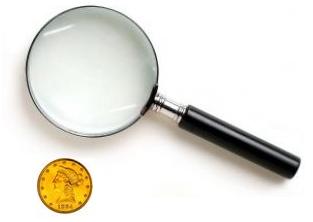 The pendulum is swinging: after a couple of decades when microfinance was equated with lending, now more and more voices are raising the savings agenda. This trend has been fed in recent times by the consistently ambiguous evidence coming out of microcredit impact studies (which is giving pause to donors), and further, by the need for local financial institutions to stabilize funding in the wake of the global financial crisis. Finally, savings appears to respond to the political backlash against what some see as usurious microcredit rates in some countries.
I’m on that bandwagon. I believe that everyone should at least have the option of self-funding their activities. If you think microcredit at a cost of 30, 60 or 90 percent spurs entrepreneurship, imagine what people could pull off if they could fund their businesses without paying (or even receiving) interest.
But I’m not encouraged by what I see. The fraction of poor people who have savings accounts in most developing countries is small, and among those with accounts, the majority have tiny savings balances. (Forget the widely reported averages; they are dominated by the top 10 percent of the distribution.) From what I have seen, the median saver in most savings institutions that serve the poor doesn’t have more than $20 or even $10 in there.

Putting together $20 may be a feat for some families and it may come in very handy at some point, but it cannot be transformational: even for a very poor person, it only represents a handful of days of household income. (Remember that a $2/day threshold per person translates to $10/day for a family of five, or, the purchasing power parity equivalent of perhaps up to $20/day.)
If we found a way to increase poor people’s income by 1 percent, we would hardly call it a breakthrough. Yet saving three or four days’ worth of income amounts to a bounty of 1 percent of household income. Useful, yes, but transformational?
Is it that poor people don’t save enough, or is it that banks are not succeeding in having them shift their savings from informal options? I am always confused by most learned papers on the topic which routinely begin by extolling how the poor are sophisticated money managers who handle more instruments that you and I can even think of (obligatory reference to Portfolios of the Poor) and then switch to a discussion about why they don’t save more (obligatory reference to a randomized control trial of your choice).
The problem is that we know very little of how much poor people do save. Don’t go hunting for household savings rates in Portfolios of the Poor or in the reports of any number of institutions that champion microsavings. We can look at poor people’s bank balances, but we are not able to measure informal savings in any reliable way. Much savings happens by private hoarding of physical goods (cash, gold, livestock). Moreover, much of the function of savings occurs by altering the timing of purchases of everyday goods, whether it’s stockpiling rice in the kitchen or bricks in the backyard.
What do we mean by savings anyway?
Excuse me for falling back on hunches in the absence of good data, but here is what I believe: Poor people save a lot more than we give them credit for, if by saving we mean managing daily income surpluses in a way that enables them to be used at a propitious time and for an important purpose. If people don’t manage income surpluses through bank accounts, it is because their informal options are not all that bad. Let me rephrase that, as it’s all relative. Banks have not been able to deliver a level of convenience and service that induces poor people to get out of informal options. Saving in live chickens that you can put in your pot at any time is not so bad, if the alternative is having to dress up and walk long distances to hand over a few dollars to a diffident or even scornful bank teller. Informal savings groups are a good way to build common purpose out of individual needs. And frankly, hiding $10 or $20 to keep it out of the wrong hands is not so hard and may not rate among the top ten hardships of being poor.
The value of formal (relative to informal) savings increases as your income increases. (I don’t want to brag, but I couldn’t stuff enough cash in my mattress and raise enough chickens in my backyard to handle my savings.) You are also more likely to have and use an account if the bank gets closer to where people like you live and work (and not just physically–also emotionally).  You will become more hooked on banking as more transactions happen electronically, such that electronic (bank) money adds a whole new level of convenience and business efficiency. The need for bank savings is very compelling for me, but it may not be so for poor people living in a cash economy.
The microcredit people got it, at least in the early days. By formalizing credit, they can offer much lower interest rates than informal lenders. Lower interest rates do come at a cost for borrowers, namely, delays in getting the money and greater repayment rigidities. But at least there’s differentiation, a solid reason for going formal. Microcredit organizations know their competition – informal lenders. (In fact, part of the current problem with microcredit may be that it outgrew that competition and then it became about growing credit, with the interest rate no longer being an object.)
How do microsavings-oriented organizations define, much less assess, their competition? How are savings-oriented institutions going to beat the many informal options people have become comfortable with? The key battleground ought to be the value to poor people of formal versus informal savings options, not poor people themselves (Make them save more! Give them financial education!).
Microsavings organizations need a better sense of their competition. And we as an industry need a better-defined goal. Shall we agree that formal savings may be transformational only once the median savings balance in pro-poor banks is at least equal to one month’s average household income? For many institutions, that may be 10 or 20 times where the figure is today. To be clear: I’m not saying that our goal necessarily is to have poor people save 10 or 20 times more than they do today, since much of that can be shifted from current informal savings. And I’m not saying that anything less makes savings irrelevant, but if we settle for smaller balances can we really believe we are changing people’s fortunes?
Have you read these posts by Ignacio Mas?
Financial Inclusion and Law Enforcement: United by a Common Enemy (co-authored with Claire Alexandre)
Access to Finance as a Network Infrastructure Problem